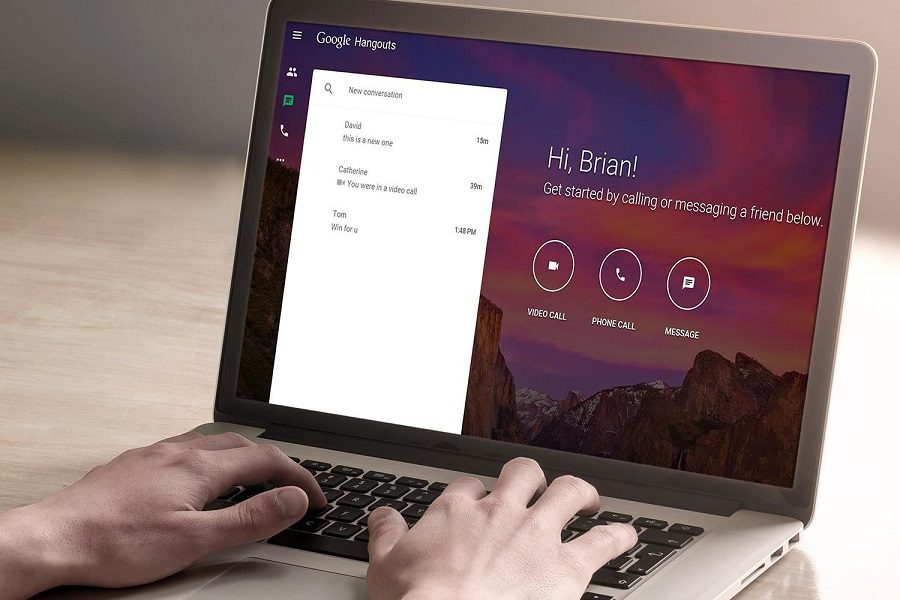 In the age of remote and hybrid work setups, communication software and apps play a huge role in helping businesses stay connected to their teams and clients.

There are many communication apps available, and Google Hangouts was once one of the most used ones.

Its cross-platform functionality and easy integration of Google’s products played a significant part in its popularity, making it an ideal solution for staying connected with colleagues, teammates, and even family and friends.

Google Hangouts allowed users to message, initiate voice or video calls, or join conversations with a friend or a group. It could be accessed from Gmail, Google+, or through mobile apps.

Google Chrome extension used to support Hangouts as a built-in feature, making it one of the most-used chat services on desktops.

Google Hangouts was ideal for professional work as it allowed easy and quick conversations between large groups of people.

It also used to be an excellent choice for holding conversations and learning sessions for students and trainees as it could support up to 25 users in HD video—one of the first communication apps to offer this expansion.

By the end of 2021, Google had fully shut down Hangouts. Users have since been asked to shift to Google Chat, where messaging history and data were automatically migrated for ease of convenience.

If you need an effective communication app that can work as a handy alternative to Google Hangouts for casual or professional use, you’re in luck.

There are quite a number of great Google Hangouts alternatives that you can try, three of which we’ve listed below.

Launched publicly in February 2014, Slack is now one of the leading communication platforms for businesses. There are free and paid versions, both of which have many features similar to Google Hangouts.

This makes it a popular Google Hangouts alternative for team communication and collaboration. Let’s look at Slack’s unique features and the similarities and differences between the two apps.

Many of Slack’s features are tailored to increase work productivity. The app can be the primary communication point for an organization as team members can send messages via group chat or direct messaging.

Beyond this, users can be grouped into “channels” locked to specific participants that can view and access the conversations in it.

In both Slack and Google Hangouts, users can message each other directly, hold voice or video calls, send images and videos, participate in groups, and manage notifications. Both apps are compatible with desktop, tablet, Android, and iOS devices and can sync to the cloud.

They rank high on security and offer many integrations, but Slack has more to boast of. Slack also allows developers to build their own integrations with the Slack API, making the app highly customizable, unlike Google Hangouts.

Slack also has a clean, minimalist design, offers privacy options, and has a scheduling option to send messages. You can send documents and music files, among others. It also allows you to remain invisible to other users.

Aside from the surface-level user interfaces, the functions and messaging approaches in both apps also differ. So it can take a bit of time to get used to Slack if you previously used Google Hangouts.

Slack has more than 10 million active daily users around the world. This number includes over 85,000 customers who use the app’s paid version.

Who Is Slack Best For?

While Slack is considered the number one option for businesses, Discord has a more varied audience base. Launched in May 2015, the platform came to fame as gamers realized that it is a service they can use while gaming.

Discord allows gamers to talk to each other in real-time, which is even more sophisticated than in-app audio channels. As more users joined, more features were introduced.

And as more features came in, the benefits of the platform became more appealing to people from other backgrounds.

Here we delve into its features and how it differs from Google Hangouts:

Discord is famous for the quality of its voice chat. It has been refined to the point where up to 100 users can simultaneously enjoy a seamless experience. Discord can also support up to 20 users on a video conference at the same time.

Moreover, users can send private text messages or chat in groups. Discord allows users to access multiple servers, each acting as a separate “community” for the particular subject that can be joined via invitation.

On each server, there are more sub-channels that can only be viewed and accessed if you have permission.

Again, channel settings can be customized so that a user can only send a message on a channel if they are permitted to do so.

Unlike Google Hangouts, Discord is more of a social media platform than a team collaboration tool for businesses. But still, they share a few similarities. They can be used on desktop, tablet, Android, and iOS devices.

They sync to the cloud, integrate with existing contacts, offer video and voice chat, and allow users to manage notifications, be a part of groups, capture photos, send images, videos, and fun stickers. They also come with a search option.

However, Discord offers a greater level of personalization, allows you to receive messages even when offline, stay invisible, send music files and documents, share your screen, contact any app user, and is designed for meeting new people. It also encrypts messages by default and offers more privacy.

In contrast, Google Hangouts supports widgets, has a two-way opt-in feature, shows when a user was last active, integrates with G Suite tools, allows you to send free SMS messages and location, and archives old data.

It also integrates with a user’s SMS inbox, automatically sets up video calls, and has a passcode feature for greater data protection.

Who Is Discord Best For?

Today Discord is no longer used only by gamers but also by families, friends, influencers, brands, and colleagues to communicate and build online communities.

When it comes to video conferences and video meets, Zoom Meetings was the first to be at the front of the game. Launched in January 2013, Zoom is now the most-used video conference platform, where professional and casual video meets occur frequently.

Other features like blurred backgrounds, real-time analytics and reports, closed captioning, and extensive integrations, among others, set it apart from other communication platforms.

While the app offers many business-oriented features, it has also enhanced the learning experience for students who are part of online education courses held on the platform.

This includes features like Focus Mode, where only the host can see every participant, and everyone else can focus on the host and what they are presenting.

Let us dive into how Zoom Meeting compares with Google Hangouts in terms of its features and functionalities.

Like Hangouts by Google, Zoom Meetings has the option to host many participants in a single video call. However, Hangouts allows only 25 people in a video call, while Zoom takes it up a notch by allowing up to 100 participants under its free plan.

By subscribing to its highest plan, this number can be brought up to 1,000 participants. Both Zoom and Google Hangouts support Windows, macOS, Linux, Android, iOS, and web browsers.

Zoom also allows users to join a meeting via phone call. However, it requires them to install its software. On the other hand, with Hangouts, you do not need to install any software to use it, which wins in terms of ease of access.

Zoom and Hangouts allow hosts to create a link to enter a meeting. However, Hangouts required a Google account for attendants to enter, while Zoom allows anyone with the meeting link to participate.

This makes the app more versatile than Hangouts. Both platforms offer HD video quality. But Zoom ranks higher on this point, too, as it has a 1080p max video resolution, while Hangouts only has a 720p resolution.

Meanwhile, Hangouts offers a minimal, no-frills experience. Once you join or create a Hangouts video call, you can flip the camera, turn off the camera, mute yourself, and invite others. But that’s about it.

In terms of security, Zoom is again better as it uses end-to-end data encryption. In contrast, Google Hangouts has in-transit encryption. So data is only protected while on its way to Google’s servers, after which it can access your data.

On the other hand, Zoom’s wide range of features makes it a more complex application that takes time to understand and use to its full potential. Google Hangouts offers basic communication functions and a very intuitive user interface.

Hangouts also allows users to search for and use a range of emojis and GIFs. Zoom lacks emojis but lets you use GIFs. It also has time limits on calls, making it cumbersome for certain types of events and gatherings.

Zoom has been popular since its introduction in 2013 and became a unicorn in January 2017. But the pandemic catapulted it to exponential fame and recognition.

Who Is Zoom Meetings Best For?

Zoom Meetings is known as a business communication app used globally by entrepreneurs and professionals across various industries, such as finance, IT, media, manufacturing, and more.

If you’re looking for a great Google Hangouts alternative for business communication, Slack is the number one choice in this area. But the other options on this list are also worth trying.

Zoom Meetings is a reliable alternative that can suit a range of purposes such as business meetings, online courses, and even simple social interactions.

Meanwhile, Discord is great for building online communities and interacting on an informal, casual level. We hope you can find an alternative that fulfills all of your online communication needs.

Do check out the other blog posts and guides on our website, and make sure you share this article with your family, friends, colleagues, and online community. 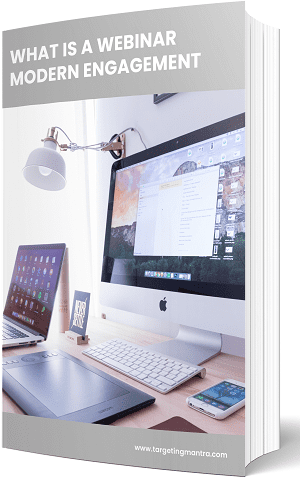 Download our FREE pdf guide and learn how to improve webinar communication skills.